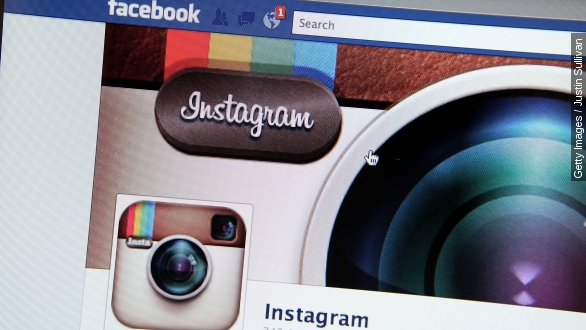 Photo-sharing site Instagram has updated its user guidelines on a couple key points. Here's what you need to know.

First up: nudity. Instagram drew a pretty clear line between appropriate nudity and not-so-appropriate nudity. If you're just dying to show the world a picture of your bare butt, the company says go somewhere else.

Surely there's no one specific in mind.

Exposed nipples are a little different as there are cases when it's OK. The site explains, "Photos of post-mastectomy scarring and women actively breastfeeding are allowed. Nudity in photos of paintings and sculptures is OK, too."

Also, if you're a parent, be aware when sharing photos of your kids — especially if they aren't dressed. The new guidelines state those could be removed for safety reasons.

Aside from nudity, Instagram made a big step in helping to prevent harassment by making the wording in the guidelines much clearer.

Instagram's director of public policy told The Wall Street Journal: "In the old guidelines, we would say 'don't be mean.' Now we're actively saying you can't harass people. The language is just stronger."

And that's basically all Instagram did with the update — we haven't seen much of a change in the guidelines but rather clarification of already existing policies.

And before the clarification, the waters surrounding breastfeeding were a little murky. Last year the site removed a Toronto mother's page after she posted a photo while breastfeeding. Her page was later reinstated after harsh backlash toward Instagram.

Facebook made similar changes to its guidelines back in March, but if those images of breastfeeding mothers include a nipple, they could be taken down.

The app says it will specifically look at any photos that have gotten user complaints. Instagram, which is owned by Facebook, currently has over 300 million users.