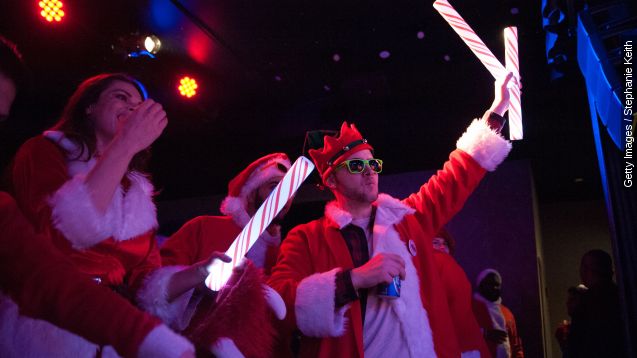 SMS
Inside SantaCon, New York City's Massive Christmas Party
By Matt Picht
By Matt Picht
December 12, 2015
This year's SantaCon was a more tame affair than the drunken revels that made the convention infamous.
SHOW TRANSCRIPT

Thousands of Santas turn out to give to charity and to party.

Past revels have gotten a little out of control.

But organizers are now trying to mend Santa's image in NYC.

Civil rights lawyer Norman Siegel told the press, "We're trying to transit from what it was into something more positive."

Instead, participants are focusing on the charity, on the cheer, on the community ... and on the heat.

The event began in a Williamsburg park, and wound through several bars. Bad behavior was mostly kept to a minimum this year.