'Inside Out' Could Be Pixar's First Debut To Miss No. 1 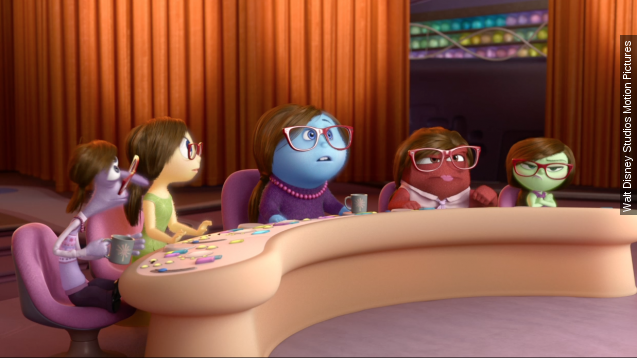 Pixar’s "Inside Out" is set to become the first Pixar movie in 15 years to not debut at No. 1 in the box office.

"Do you ever look at someone and go, 'What is going on inside their head?'" Amy Poehler’s character asks.

The Amy Poehler- and Bill Hader-voiced movie has a 100 percent Rotten Tomatoes rating, which is extremely rare. So rare, in fact, that only three other animated movies have received the rating.

"Woody once risked his life to save me," Buzz Lightyear says.

"Inside Out" had its global premiere at this year's Cannes Film Festival, receiving critical acclaim and reviews like Variety’s glowing commentary, "Concepts like this come around maybe once a decade, but linger for centuries."

Pixar is known to create alternate worlds in movies that are largely out-of-the-box, and this one is no different. "Inside Out" is set inside the main character, Riley’s, mind and focuses on five emotions — joy, anger, fear, disgust and sadness — as they deal with Riley’s life.

"What was that? I thought you said we were going to 'act casual,'" replies Bill Hader's character, Fear.

So for Pixar’s first movie since the 2013 box office hit "Monsters University," what went wrong?

There’s only one answer to that, and it’s that Disney chose to release the film one week after "Jurassic World."

While The Wrap expects "Inside Out" to open to $60 million, it's set to get crushed by the $100 million that the Chris Pratt dino movie is predicted to gross in its second weekend in theaters.