Inside Molenbeek: Is This Really Europe's 'Jihad Capital'? 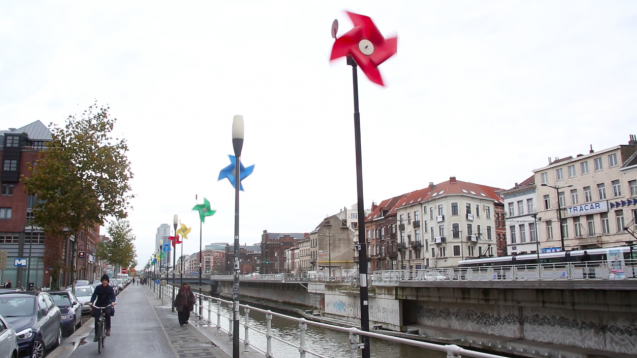 We've heard a lot about the so-called "jihad capital" of Europe.

So we decided to visit. Turns out, there's more to Molenbeek, Belgium, than all that. And it's definitely not the no-go zone it's made out to be.

Molenbeek is home to about 95,000 people. In some parts, 80 percent are Muslims, many of whom have lived here for generations.

Still, we know something's wrong here. Molenbeek was linked to the Brussels Jewish museum shooting, this summer's attack on a French train, the Charlie Hebdo shootings and recent terror in Paris.

In the days following the attacks, there were a lot of news vans outside the home of one of the suspects. So this side of the story is pretty well covered. We spent most of the day just walking around other parts of Molenbeek, this suburb of Brussels, to try to get a better idea of what this community is like and what the people are like — the people who have lived here on a longer-term basis.

"Actually, the first wave of immigration is not the one today," Nabil Moujahid said. "It has been 40 years since people have arrived from Morocco, Algeria, Tunis, from Turkey, etc."

"The bad people don't live here always," Iqbal said. "They come just for a small time. They can do the bad things, and they go."

Molenbeek is full of markets, mosques and people like Iqbal who say his town's issues are real but oversimplified.

One thing you'll hear about Molenbeek is that the people here don't want to talk to journalists, but that hasn't really been our experience. We've talked to a lot of people, all of whom were friendly and pretty candid, but few wanted to talk on camera.

"We are like a family here. Everyone knows everyone," one woman in Molenbeek told us.

But we know Molenbeek does have some problem. So why is that? Moujahid is a teacher who lived there for seven years. He says it has a lot to do with communities being so isolated.

"At no moment we have made an effort to integrate them. Now, their parents tell them, 'You are from Morocco,' 'You are Turkish,' et cetera. So that feeling is exacerbated and, in the end, that makes young people from the second or third generation have trouble integrating themselves to the Belgian society, although they themselves are Belgian."

Consider a few stats. Belgium sends more foreign fighters per capita to Syria and Iraq than any other EU nation. Today, Molenbeek has about 30 percent unemployment. That's three times the national average.

Actually, for all you hear abroad about what the U.S. does wrong, it's very good at this side of the fight on terror. American Muslims are more likely to integrate, culturally and economically, than those in Europe. And they see themselves as Americans first.

"One can keep a part of one's culture and adopt the values," Moujahid said. "Well, the moment one adopts the values of the country where one is, there is no problem."

Having taught there, Moujahid says Belgium's government could do more — and that Molenbeek's relatively under-resourced schools could be a starting point.