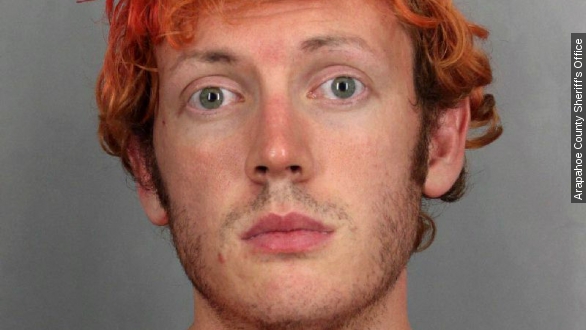 It's been three years since James Holmes killed 12 people in a packed movie theater in Aurora, Colorado. (Video via KMGH)

A shooting rampage which he admits committing, but to which he has pleaded not guilty by reason of insanity.

"I have a hard time with it based on the evidence I've seen," said survivor Marcus Weaver.

VICTIM 2: "I believe that's just his next move to personally hurt me now on a mentally factor rather than a physical factor," another survivor, Joshua Nowlan, told our partners at KMGH.

And in Colorado — where Homes' trial begins Monday — it's arguably harder for prosecutors to prove sanity. That's because in that state, jurors have to be convinced beyond a reasonable doubt that Holmes knew what he was doing, and understood it was wrong.

Still, CBS suggests that might not be that difficult in this case. Holmes, after all, pulled the trigger multiple times.

Consider this, too: according to CNN, the insanity defense is used in less than 1 percent of felony cases, and it's only successful in 25 percent of those attempts.

Now, there have been two mental health evaluations, but their findings haven't been officially released to the public.

Holmes faces 166 counts which include first-degree murder. He could get life in prison or even the death penalty if jurors find him guilty. His parents have pleaded against death for their son.