Inmates Across The Country Are Striking Against 'Prison Slavery' 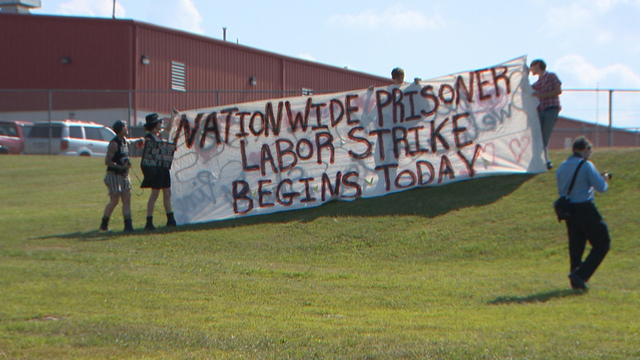 SMS
Inmates Across The Country Are Striking Against 'Prison Slavery'
By Kate Grumke
By Kate Grumke
September 21, 2016
It's hard to get information from inside the prisons, so allied groups are still trying to find out just how many strikes are occurring.
SHOW TRANSCRIPT

One of the largest prison strikes in U.S. history is happening right now.

SEE MORE: Prisoners Stage One Of The Largest Strikes In U.S. History

Prisoners in at least 13 facilities are on strike to protest "prison slavery."

They're also protesting working conditions and other labor grievances.

U.S. inmates work in prison. Some studies have shown prison job programs help inmates get a job after being incarcerated. But on average, they make less than $1 an hour. (The federal minimum wage is $7.25.)

You may have bought products made with prison labor.

Walmart, Starbucks, Microsoft and Victoria's Secret are just some of the major companies that have used prison labor.

The striking inmates are calling on other prisoners to join them: "To every prisoner in every state and federal institution across this land, we call on you to stop being a slave."