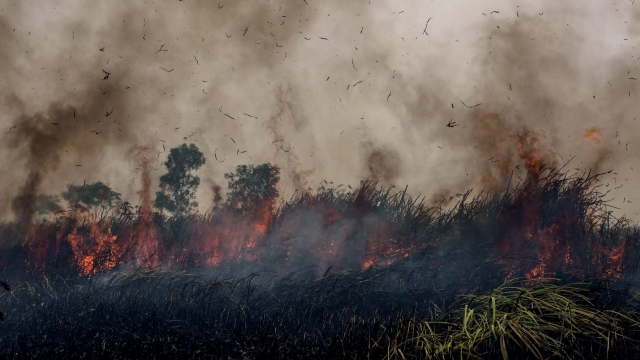 Researchers from Harvard and Columbia blame forest fires in Indonesia for the premature deaths of 100,000 people last year.

Those researchers studied the health effects of smog created by intentional fires set in the Southeast Asian country.

The fires were set to clear land for crops. It's a practice that's used frequently — but flames often spread out of control, and 2015 saw drier-than-normal conditions.

And that 100,000-person estimate may be on the low end, too, since researchers didn't include the number of children or infants who may be affected by the the prolonged haze.

Indonesia's smog drifts to other Southeast Asian countries, and 10,000 of those estimated deaths were in Malaysia and Singapore.

Some blame big corporations for the fires. Others blame local farmers. Indonesia's government has been accused of not enforcing laws already in place to curb the practice.

By the country's official count, only 19 people died from the fires last year.