Indonesia Plane Crash: 'There Is No Chance Anyone Survived' 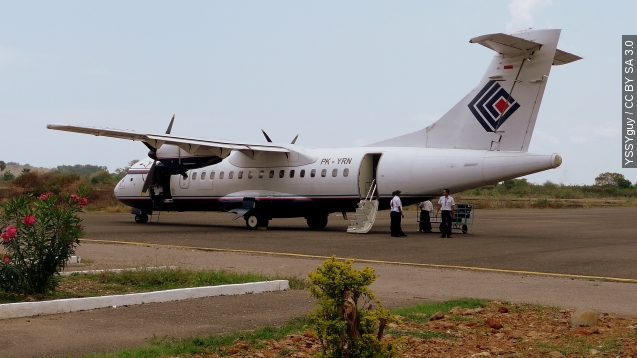 SMS
Indonesia Plane Crash: 'There Is No Chance Anyone Survived'
By Briana Koeneman
By Briana Koeneman
August 18, 2015
Rescue crews reached the wreckage of the Indonesian airliner that crashed with 54 people on board. And officials say there's no chance of survivors.
SHOW TRANSCRIPT

Rescue crews finally reached the wreckage of the Indonesian airliner that crashed Sunday with 54 people on board.

And officials say any hope for survivors is completely gone. (Video via CBS / TV One)

According to CBS, Indonesia's National Search and Rescue Agency Chief told reporters Monday night, "The plane was totally destroyed and all the bodies were burned and difficult to identify. There is no chance anyone survived."

The wreckage was spotted by a search and rescue team after the Trigana Air Service passenger plane went missing while flying in bad weather Sunday. (Video via CNN)

Rescue officials say the aircraft crashed in a rugged area in eastern Papua province, making it difficult for crews to reach the debris and any possible survivors. (Video via Metro TV)

The plane was carrying 49 passengers and five crew members. Five children were reportedly among them. The airline has yet to release a list of the passengers on board.