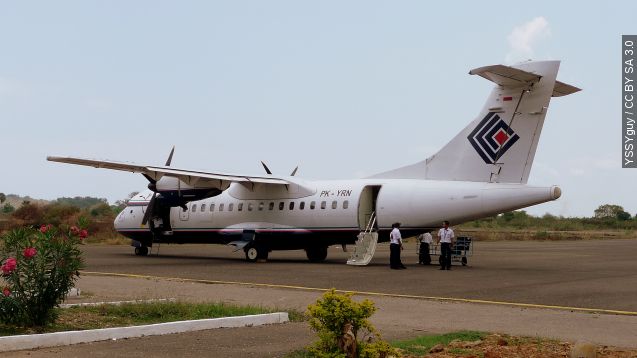 SMS
Wreckage Located Of Indonesian Plane Carrying 54 People
By Matt Moreno
By Matt Moreno
August 16, 2015
The plane lost contact with air traffic control about 10 to 20 minutes before it was supposed to land. It was flying between two Indonesian cities.
SHOW TRANSCRIPT

The wreckage of an Indonesian commercial plane carrying 54 people has been found in Papua.

Indonesian officials confirmed initial reports of the crash made by villagers in the region. So far, there's no information about survivors.

The Indonesian State Search and Rescue agency said the Trigana Air Service flight went missing about 30 minutes into its 50 minute scheduled flight. The plane was flying from Jayapura to Oksibil.

The pilot reportedly asked for permission to land 10 minutes before the plane lost contact. Officials say it went missing in a very mountainous area where weather is unpredictable.

Rescuers have been sent to the region and will begin a search and rescue operation Monday.

This video includes an image from YSSYguy / CC BY SA 3.0.