The Losing Team's World Series Gear Is Usually Donated; Not This Year 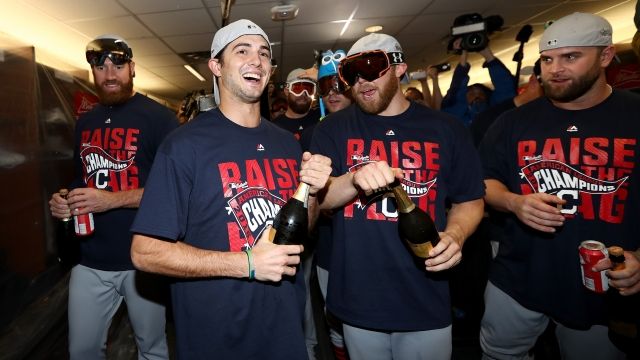 SMS
The Losing Team's World Series Gear Is Usually Donated; Not This Year
By Carter Woodiel
By Carter Woodiel
November 5, 2016
MLB says it's changing its strategy so inaccurate merchandise doesn't show up on eBay.
SHOW TRANSCRIPT

The Cleveland Indians are World Series champions — at least according to a whole lot of T-shirts. And Major League Baseball is changing its strategy on how to get rid of them.

Big sports leagues like the NFL and MLB want to have championship gear ready to go as soon as the title game ends, so they print up shirts and caps for both teams beforehand. Of course, only one team wins, so this creates a lot of wrong merchandise.

Leagues in partnership with humanitarian organizations like World Vision tend to give the clothing away to poor countries.

"People who are already in extreme poverty have a very hard time when those times come around. Many of these people have never worn anything new in their lives in the way of clothing," World Vision's Karen Kartes told ESPN.

But this year, MLB is destroying all Indians championship merchandise.

An MLB official told the Huffington Post the league doesn't want "inaccurate merchandise being available or visible in the general marketplace." Translation: They don't want this stuff showing up on eBay.

Baseball fans might think this has to do with Cleveland's controversial Chief Wahoo logo — which MLB Commissioner Rob Manfred says he's looking into.

But the majority of the championship merchandise — including what the Indians would have worn on the field had they won the title — has the block C logo instead.