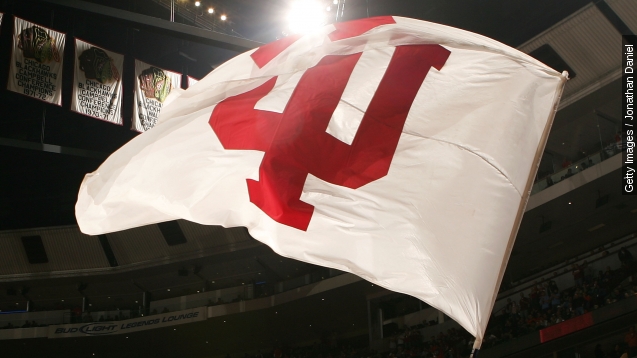 A fraternity at Indiana University has been suspended for an alleged hazing ritual involving "sexual misconduct."

That's what the university is calling it so far, but the incident at Alpha Tau Omega could possibly be deemed sexual assault. (Video via WRTV)

A video on Twitter shows a man, who's reportedly a pledge, performing oral sex on a woman in front of a group of men. Meanwhile, another naked woman is kicking the pledge. (Video via WTHR)

Gawker quotes a source as saying the woman receiving oral sex is a stripper, but the outlet notes it's unclear if either her or the man consented. (Video via WISH)

The university tweeted, "Our campus is committed to a culture of care. Alpha Tau Omega (ATO) is suspended immediately, pending investigation into hazing allegations."

This is not the first time the ATO chapter at Indiana has been investigated for hazing. In 2010, almost 80 percent of its members were kicked out by the fraternity's national headquarters for it.