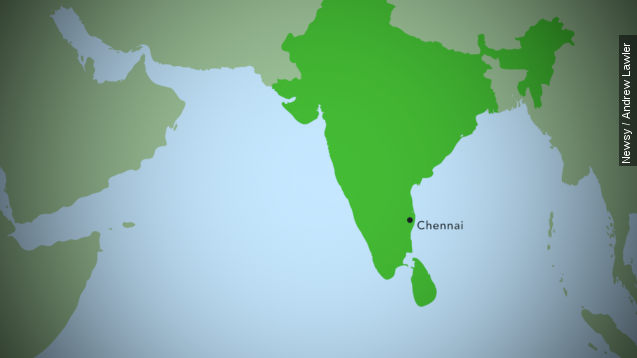 Chennai, India, is now considered a natural disaster area by local government after flooding and heavy rain left at least 188 dead as of Wednesday morning.

In the third most densely populated city in India, rains from the past month are breaking 100-year records. (Video via BBC)

Transportation by train and air are currently shut down, stranding hundreds of passengers, according to reports. (Video via NDTV)

And the forecast doesn't appear to be improving anytime soon. Meteorologists are predicting more rain over the next four days.

While India does experience a rainy, or monsoon, season, that's typically from June to mid-September.

The Indian army has been deployed to help, and people from nearby cities and safe areas in Chennai have been tweeting with the hashtag #ChennaiRainsHelp to offer support such as shelter. (Video via Thanthi TV)

The Hindu, one of the oldest newspapers in India, is based in Chennai and wasn't able to print Wednesday. Publishers say this is the first time this has happened since the newspaper's start in 1878.