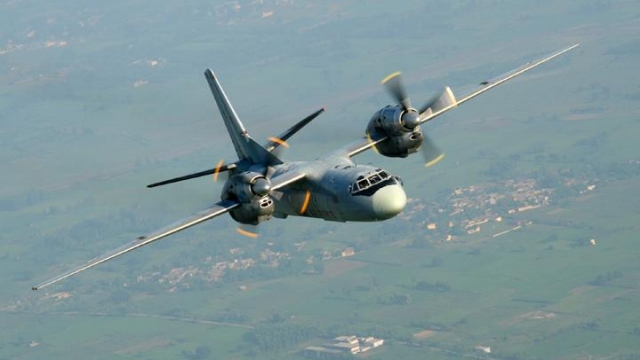 SMS
Indian Air Force Plane Carrying 29 People Disappears In Bay Of Bengal
By Briana Koeneman
By Briana Koeneman
July 22, 2016
India's air force lost contact with the AN-32 aircraft about 15 minutes after it took off from Chennai, India, for an island chain in the bay.
SHOW TRANSCRIPT

An Indian military transport plane carrying 29 people to a chain of remote islands in the Bay of Bengal has gone missing.

A spokesperson for the Indian navy told reporters the air force lost contact with the AN-32 aircraft, like the one pictured here, about 15 minutes after it took off from Chennai, India, to head east to Port Blair on Friday morning.

There were mostly service personnel on board the flight.

That same Navy spokesperson told NDTV: "It was supposed to land at Port Blair at 11:30, and overdue procedure has been issued. And the Navy has launched a full-scale SAR to look for our aircraft."

The Indian air force has more than 100 AN-32s in its fleet. The planes can reportedly fly for up to four hours without refueling.

This video includes images from the Indian air force.