India's Push For Development Bulldozed Hundreds Of Homes In A Slum 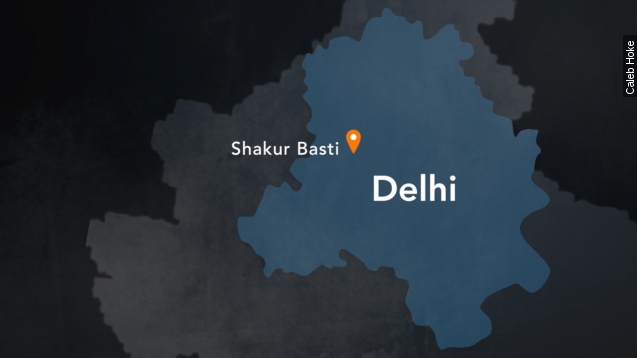 SMS
India's Push For Development Bulldozed Hundreds Of Homes In A Slum
By Melissa Prax
By Melissa Prax
December 13, 2015
India is focused on its infrastructure and transportation development, but when its railway ministry demolished a slum, it caused outrage.
SHOW TRANSCRIPT

India's railway ministry bulldozed hundreds of homes Saturday in a slum in the Shakur Basti area of West Delhi. And residents say they were barely given notice.

Delhi Chief Minister Arvind Kejriwal criticized the demolition and tweeted that he had talked to the Union Railways minister who "was not aware of this operation."

Residents say an infant died in the mass demolition, though railway officials say that was unrelated to their work. There's also disagreement over when residents were given notice. (Video via News World India)

"The government told us that they will make arrangements for us and get us moved to a better place before demolishing the current houses," one resident said. "But the government did not do so. They gave us a notice one night, and the next morning they were outside our houses to start the demolition."

India is a developing country based on its poverty, health and education levels, but the country has made strides toward more advanced infrastructure, especially when it comes to railways.

Japan and India solidified a deal Saturday for a high-speed train development project in India — unrelated to the Delhi demolition — with the south Asia country putting in $1.9 billion.

And earlier this year, Prime Minister Narendra Modi put aside $137 billion for railway advancement. (Video via Indian Ministry of Railways)

As for the slum demolition, some officials have been suspended. They say the demolition was required to make room for the construction of the railway terminal and that the property was already public. (Video via YouTube / Puthiya Thalaimurai TV)