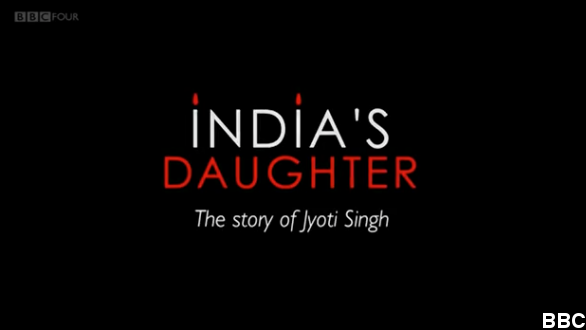 "The government has taken necessary legal action and obtained a restraining order from the court, disseminating the contents of the film." (Video via Rajya Sabha TV)

On Wednesday night, the BBC aired "India’s Daughter," a documentary covering a 2012 gang rape and murder of an Indian student on a bus in Delhi. But it did not air in India.

That's because it was banned after India's Home Minister Rajnath Singh condemned the video on Tuesday, saying it was leveraging a rape for commercial gain and depicting women poorly.

"First, let me tell you that my integrity and objectives are absolutely honest and inclusive only of one thing: putting an end to gender inequality."

But perhaps the most controversial element of the film is Udwin's interview with one of the rapists from 2012. In it, the man unapologetically blames the victim for her rape.

According to The New Indian Express, that interview caused widespread protests Tuesday when a clip of it aired in advance of the documentary's release.

With its controversial interview and ban, "India's Daughter" has both reignited discussion of rapes in India and sparked a new conversation — media ethics in the world's largest democracy.

India's government sent a legal notice to the BBC on Thursday, demanding the British media giant take down the documentary. Officials claim the BBC should have gotten government permission before airing any of the film's footage.

At the same time, the government has asked YouTube to take down any versions of the film being uploaded online to bypass the country's ban.

Those opposed to the interview agreed with India's parliament in that it cast the whole of India in a bad light. One prominent activist wrote on Facebook that:

"Already the film has sent a message that due legal process can be given short shrift and junked, for the noble agenda of exposing a 'rapist's mind' to the world." (Video via YouTube / Media Collective)

BBC Director of Television Danny Cohen sent a letter to India's government explaining the reasoning for using the rapist's interview and defending its depiction of women, saying:

"We do not feel the film as currently edited could ever be construed as derogatory to women or an affront to their dignity. Indeed, it highlights the challenges women in India face today." (Video via YouTube / theinternbook)

An opinion piece by NDTV staffer called on Prime Minister Narendra Modi, who condemned rapes in India during the nation's 2014 Independence Day celebration, to lift the ban. The Hindu newspaper has also questioned the government's decision.

The BBC says it will continue airing "India’s Daughter" but not within India.