In What's Been A Year Filled With Inclusiveness, NBA Ref Comes Out 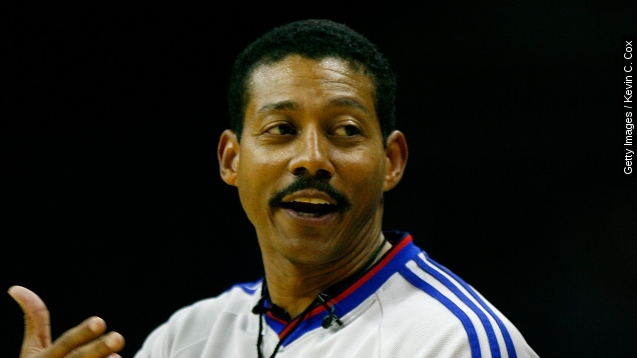 SMS
In What's Been A Year Filled With Inclusiveness, NBA Ref Comes Out
By Grant Suneson
By Grant Suneson
December 14, 2015
NBA Referee Bill Kennedy announced he's gay, continuing the 2015 trend of breaking down barriers of inclusiveness in the world of sports.
SHOW TRANSCRIPT

In a year full of firsts for the sports world, one of the NBA's top officials has come out as gay.

Bill Kennedy told Yahoo: "I am proud to be a gay man. I am following in the footsteps of others who have self-identified in the hopes that will send a message to young men and women in sports that you must allow no one to make you feel ashamed of who you are."

Earlier in the month, Kennedy received verbal abuse from Sacramento Kings guard Rajon Rondo, who repeatedly hurled gay slurs at Kennedy after he was ejected from a game.

While Rondo's language was reprehensible, 2015 has been a historically good year for inclusiveness in the world of sports for those who aren't actually playing.

Sarah Thomas became the NFL's first female referee this season. The league is still quite a bit behind the NBA, which hired Violet Palmer to officiate their games in 1997. Palmer came out as gay last year.

The NFL saw its first female coach this year as well. The Cardinals hired Dr. Jen Welter to a preseason internship where she helped coach linebackers. And it wasn't just the professionals who broke barriers for inclusiveness in sports in 2015.

Bryant University assistant basketball coach Chris Burns made news in October when he became the first openly gay coach in Division I sports.

He told Outsports he wanted to make a difference by serving as an example to others, saying: "There is no greater feeling than being a part of something bigger than just you. That's what has always made sports so special for me."