In The Face Of Climate Talks, India Looks To Burn More Fossil Fuels 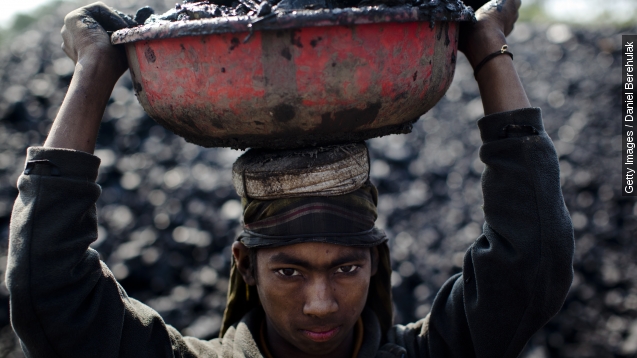 SMS
In The Face Of Climate Talks, India Looks To Burn More Fossil Fuels
By Sebastian Martinez
By Sebastian Martinez
December 2, 2015
Despite being one of the world's biggest emitters of greenhouse gasses, India's per-capita emissions are tiny. Here's why that doesn't bode well.
SHOW TRANSCRIPT

We've been hearing a lot about countries cutting carbon emissions, but one of the world's biggest emitters says it's not going to change its ways.

"The world's billions at the bottom of the development ladder are seeking space to grow," Modi said in Paris.

That's because a huge proportion of India's 1.3 billion people live in poverty. Estimates range from more than 100 million people below the poverty line to upwards of 300 million.

Having that many people, most of whom consume little or no electricity, means India's per-capita emissions are tiny: an average of 1.7 metric tons.

The more people India lifts out of poverty, the more electricity they're likely to use, and India still plans to lean heavily on fossil fuels to meet that demand. (Video via Greenpeace)

In fact, the country has already said it will more than double its coal consumption over the next few years. (Video via Al Jazeera)

But, as much as India might blame developed countries for creating the problem, it's also set to suffer the consequences. (Video via United Nations)

Increasingly unpredictable monsoons, drought and flooding are just some of the predicted effects of climate change on the subcontinent. (Video via NDTV)