In Australia, It's Aboriginal Communities Vs. The Government 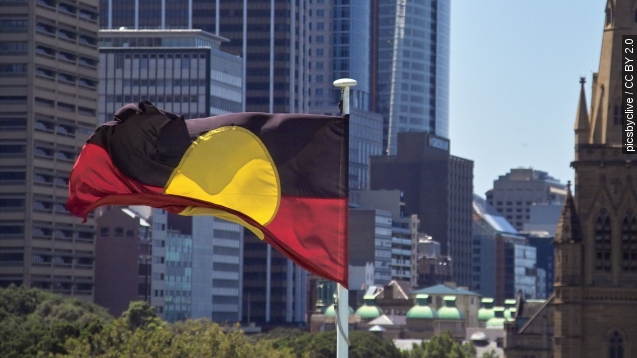 SMS
In Australia, It's Aboriginal Communities Vs. The Government

By Jake Godin
May 26, 2015
Aboriginal communities in Australia have been butting heads with the government over the management of where they choose to live.
SHOW TRANSCRIPT

The Australian government wants to close dozens of aboriginal communities.

Moves to close some aboriginal communities in Western Australia are sparking protests, such as this one from earlier in May.

"And yes, at the end of the process, I expect there will be significantly less aboriginal communities operating," said Premier of Western Australia Colin Barnett during a May 7 press conference.

In total, about 12,000 aboriginal people live in 274 remote communities throughout Western Australia. Some, according to the government, are too small to be sustainable.

Oombulgurri, a community of a little over 100 in northern Australia, has already been shut down.

According to Amnesty International, the government forced residents out after it closed off vital utilities and services such as water, power and health clinics. (Video via SBS)

"We believe we have enough evidence to establish that there was a forced eviction of the community back in 2011," said Amnesty International's Australian Indigenous Peoples' Rights Manager Tammy Solonec on SBS Australia.

Combine that with remarks such as this one from Australian Prime Minister Tony Abbott in March, when he took the side of the Western Australian government in relocating aboriginal communities.

And you might be able to see why folks are protesting the Australian government's plans to reform aboriginal communities. But there are some real problems inside the communities.

Some of the communities have been struck by rampant alcoholism, child neglect, poverty, unemployment and suicide. The government says these are even more reasons to shutter them. (Video via ABC Australia)

"It'd take a very brave person to stand in front of me and try and prosecute an argument that would say that the quality of life of aboriginal people in those communities across the board is conducive to positive outcomes," said Peter Collier, Minister of Aboriginal Affairs in Western Australia.

But it's worth noting the government's response to the problems in the community, which has included severe limits on social security benefits for indigenous people, have been called "racially discriminatory" by the United Nations in the past. (Video via United Nations)

The government's latest measures are consistent with its interventionist history, which included forcibly removing indigenous children from their families through the first half of the 20th century, something it has since officially apologized for. (Video via SBS)

Whether those problems will be solved through a consolidation of aboriginal communities or through further government investment in them is tough to say, though some aboriginal community members say they want to stay on their ancestral land. (Video via Government of Australia)

More protests are planned for next week.