In A Plane Crash, Where You Sit Might Save Your Life 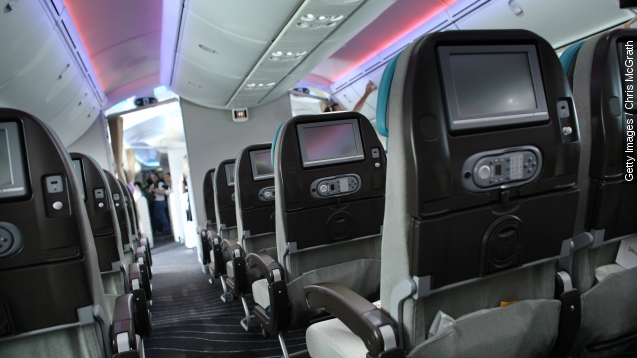 SMS
In A Plane Crash, Where You Sit Might Save Your Life
By Ryan Biek
By Ryan Biek
June 29, 2015
Sitting in the middle seats near the rear of the plane increases your chances of surviving a crash, according to a recent Time magazine study.
SHOW TRANSCRIPT

Do you prefer a window seat or the aisle? Well, a study conducted by Time magazine might have you choosing neither next time you fly. Turns out, the middle seats near the rear of the plane might be the safest place to be during a plane crash.

The study also found passengers within two rows of an emergency exit also had higher survival rates, likely because they can get off the plane quicker.

We have to note Time's findings are correlational –– meaning we can't definitively say having a middle seat in the rear of the plane was the cause for those passengers' survival.

The findings only come from data on 17 plane crashes over the last 30 years. As the magazine notes, that likely isn't a large enough sample size, but the silver lining here is there haven't been many plane crashes for them to poll.

Where you sit also isn't the only factor to consider. Where the impact occurs, if the plane crashes over water and if there's a fire can all affect survival odds.

And there are things passengers can do to increase those odds. In March, the International Business Times reported proven tips, such as securing your seatbelt around your hips instead of waist and staying alert during takeoff and landing and of course, paying attention during the safety demo.

While fear of flying is still relatively high, it's actually one of the safest ways to travel. Your chances of dying on a plane are only 1 in 8,000 compared to 1 in 112 in a car.

This video includes images from Getty Images and Laura / CC BY 2.0.