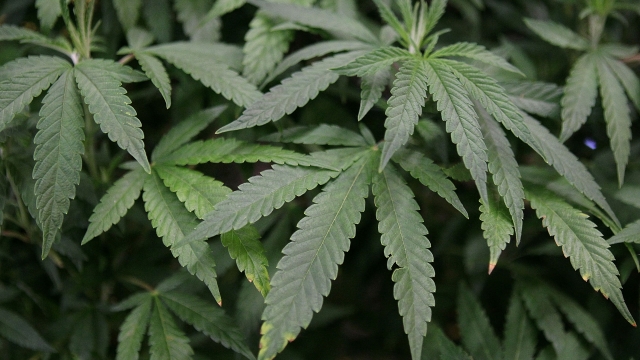 Attention, stoners of America: You now have a party to vote for. The Democratic party has made marijuana reform an official part of its 2016 platform.

Going forward, Democrats will "encourage the federal government to remove marijuana from its list as a Class 1 Federal Controlled Substance, providing a reasoned pathway for future legalization."

SEE MORE: Californians Will Vote On Recreational Weed In November

Right now, pot is in the most dangerous category known as Schedule 1. The DEA says Schedule 1 drugs have "no currently accepted medical use and a high potential for abuse." That puts marijuana next to drugs like heroin, LSD and quaaludes.

Doctors have prescribed pot to help treat seizures and chronic pain while providing an alternative to addictive opioid painkillers. As a Schedule 1 drug, there are some legal barriers making it tough to study the effects of marijuana.

The move is seen as a big win for Bernie Sanders supporters, who pushed for marijuana reform at the Democratic platform committee meeting Saturday. But the two presumptive party nominees could be on board as well.

Hillary Clinton has previously expressed her support for rescheduling marijuana to study its health benefits, and Donald Trump said marijuana laws should be left up to individual states.