Implantable Medicine Could Be The Future Of Fighting Opioid Addiction 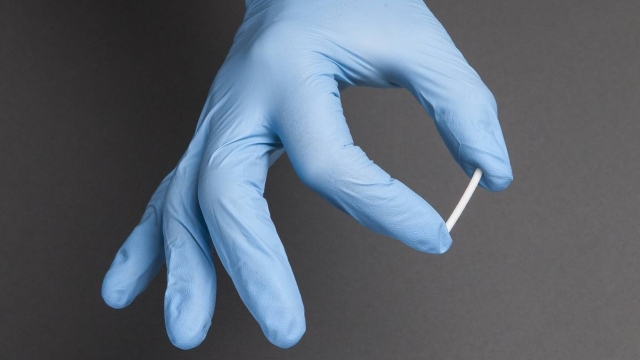 SMS
Implantable Medicine Could Be The Future Of Fighting Opioid Addiction

By Grant Suneson
May 26, 2016
The Food and Drug Administration has approved Probuphine, a treatment implanted in the arm to curb cravings for opioids.
SHOW TRANSCRIPT

Prescription painkiller abuse is one of the biggest health problems in America, but a solution could be on the way.

On Thursday, the Food and Drug Administration approved Probuphine, an implantable version of an existing drug. Doctors would place four small implants into a patient's arm to help reduce opioid cravings for six months.

And that implant bit is what really sets Probuphine apart. That means you can't sell it on the street or forget to take it, and children can't get their hands on it, all of which can be big problems with other drugs.

Opioid abuse has become more and more common since 2000. The Centers for Disease Control and Prevention said in 2014 nearly 2 million Americans abused opioid medication and it killed more than 14,000 people.

Everyone's addiction is different, and other treatment options like methadone might be better for some who need higher doses of medicine, but doctors seem encouraged by the new implant.

The director of the National Institute on Drug Abuse said drugs like Probuphine could be "more effective in the treatment of opioid use disorder than short-term detoxification programs aimed at abstinence."

But one major hurdle for Probuphine is cost. The drug's marketer would only say a six-month treatment will cost less than $6,000, but that could be prohibitive for many.

This video includes a clip from WGHP and images from Braeburn Pharmaceuticals.