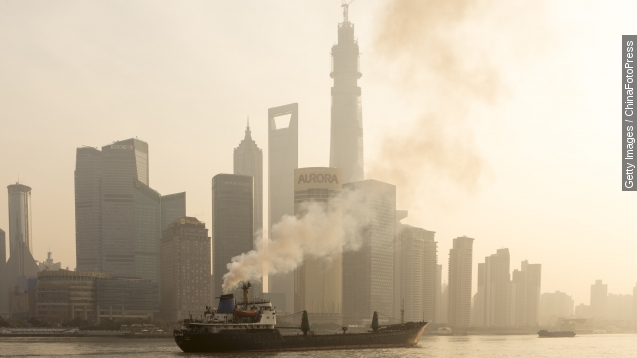 One of the main issues governments tend to raise with alternative energy sources is they say they're more expensive and fossil fuels are just cheaper to produce. (Video via YouTube / Danni McGriffith)

China reportedly leads the way in spending money to artificially lower the cost of energy, accounting for $2.3 trillion a year in subsidies, more than 40 percent of the total the report estimates. (Video via CBS)

The way the report calculated these subsidies is they took how much consumers pay for energy and subtracted that from the total "actual" costs.

The bulk of those actual costs came from what governments will spend cleaning up local pollution, followed by global warming and other local factors.

As the Financial Times points out, it's worth noting the IMF and economists have criticized these subsidies as wasteful, and the scale of this latest study is, "likely to provoke intense debate and be disputed by some."

Regardless, the IMF's report serves as fodder for comparing the cost of fossil fuels with renewables, especially because critics of renewables have alleged government subsidies mask their true cost. (Video via U.S. Department of Energy)

This is kind of tough, though, because the IMF hasn't issued a similar report about subsidies for renewable energy. There are some figures out there.

Renewable energy has its own externalities, though, among them the fact that because they rely on uncontrollable factors like the wind or the sun, they can't necessarily produce continual energy. (Video via BHE Renewables)

Still, the vast majority of reports indicate as the technology behind renewables advances, they will continue to get cheaper, while fossil fuels are a finite resource. (Video via SolarCity)