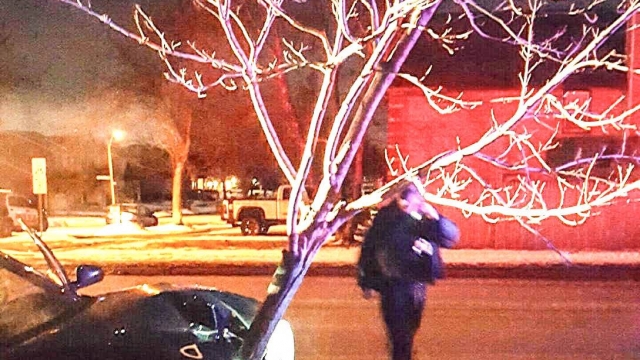 By Ryan Biek
March 8, 2016
Roselle police pulled over 54-year-old Maryann Christy after spotting her with a 15-foot tree wedged in her car's grille.
SHOW TRANSCRIPT

So, we all know no one's a perfect driver. But at least most of us can probably say we've never driven with a 15-foot tree hanging out of the front of our vehicles.

The Roselle Police Department in Illinois just created a Facebook page, and on it, provided one of the strangest "don't drink and drive" lessons yet.

The incident occurred back in January when a good Samaritan reportedly noticed the car and the huge tree embedded in its grille and contacted police. When they caught up with the driver, 54-year-old Maryann Christy, she said she'd hit the tree in a nearby town, but couldn't remember where.

Perhaps unsurprisingly, Christy failed a sobriety test and was charged with driving under the influence. She's due in court in April.

No word yet on any destruction of wildlife charges.