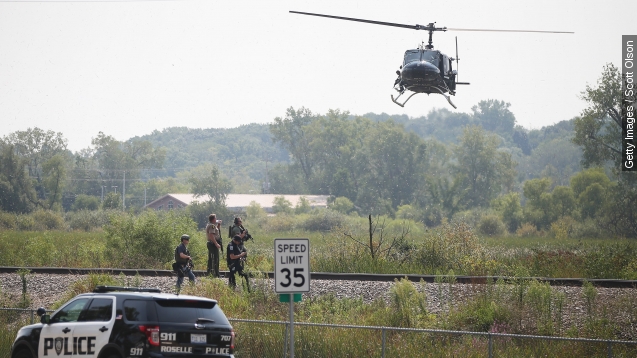 A police officer has been killed, and a manhunt is underway in Fox Lake, Illinois, which is located about an hour and 20 minutes northwest of Chicago.

Police have the city of about 10,000 people on lockdown while they search for three men who allegedly shot the officer.

Chicago Sun Times reports that "authorities are using canines, helicopters, SWAT teams and officers on foot to search for the subjects."

Schools in the area are on lockdown, and residents are asked to call 911 if they see suspicious activity.