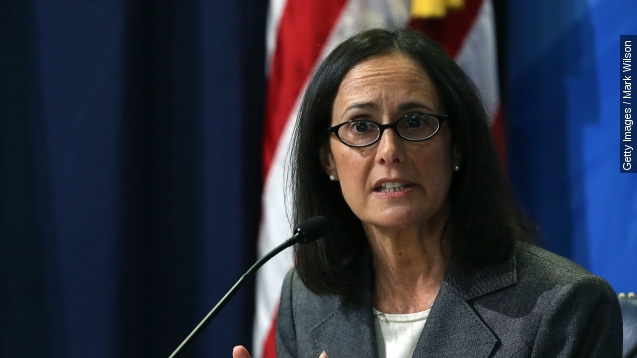 Illinois' attorney general is asking for a national review of the Chicago Police Department because she says trust in the department is "broken."

More specifically, Madigan is asking for a review of the police department's training; supervision; use of force, including deadly force; how thoroughly the department reviews officers' use of force and misconduct; and if there's a pattern of discrimination.

Madigan said in a statement, "Chicago cannot move ahead and rebuild trust between the police and the community without an outside, independent investigation into its police department to improve policing practices."

Protesters have flooded the streets of Chicago ever since police released dashcam footage of the shooting that killed McDonald.

Van Dyke reportedly shot McDonald 16 times. McDonald was armed with a knife, and investigators say he had taken PCP.