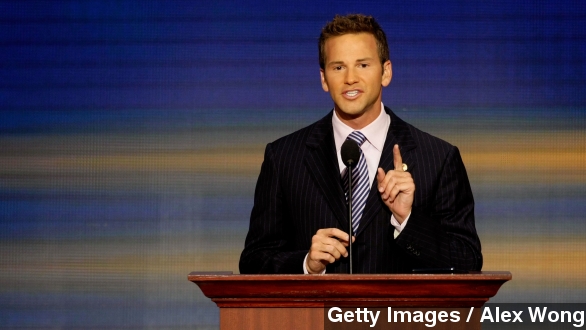 In a statement first published by Politico, Schock said, "The constant questions over the last six weeks have proven a great distraction that has made it too difficult for me to serve the people of the 18th District with the high standards that they deserve and which I have set for myself."

The questions he's talking about are over his spending of taxpayer and campaign dollars.

Schock faced controversy over how he did — or didn't — disclose expenses during his time in office. He accepted redecorating services for his Capitol Hill office in the style of PBS show "Downton Abbey." After facing questions over whether the interior decorating work was pro bono, he paid $40,000 out of pocket for the service.

"At the end of the day, regardless of what color wall you choose, the most important thing as a member of Congress is what you do for your constituents," Schock told ABC.

Schock is also accused of using taxpayer money for private travel, using campaign contributions for real estate deals and failing to report both gifts during international travel and payments for a golf fundraiser.

This comes after news Monday that the Office of Congressional Ethics was investigating his spending records. With his resignation, that investigation isn't likely to go forward, but he might still face a federal probe into his actions.