Ilhan Omar Makes History As First Somali-American Legislator In US 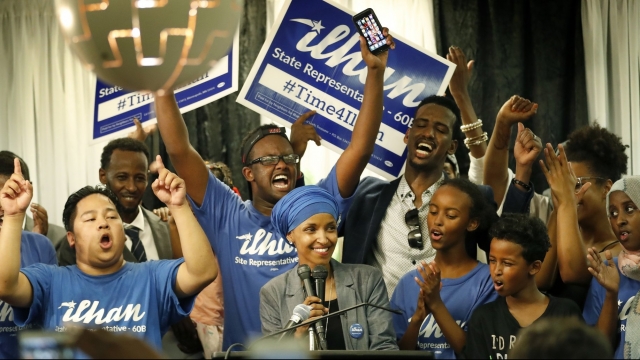 Ilhan Omar just made history by becoming the first Somali-American legislator in the U.S.

The Minneapolis Star Tribune reports Omar came to the states as a preteen. Before she emigrated, Omar spent four years at a Kenyan refugee camp to escape the Somali civil war.

Since arriving in the states, she's climbed up the political ladder. Currently, she's the director of policy at Women Organizing Women Network.

But her political career didn't make it this far without resistance. Just days after her primary victory in August, people began accusing her of immigration fraud.

Some outlets accused her of marrying her brother while also being married to the father of her children. Omar denounced the claims as false.

Omar's win comes less than a week after Donald Trump said Minnesota has quote "suffered enough" from its acceptance of Somali immigrants.

House Minority Leader Paul Thissen said the win "says something important about the future of Minnesota and what it means to be a Minnesotan."