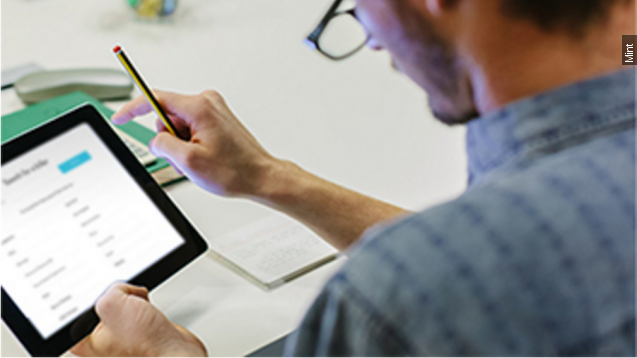 SMS
If Your Mint Account Can't Sync, Your Bank Might Be Why
By Leah Becerra
By Leah Becerra
November 10, 2015
Bank of America was the latest financial institution to temporarily prevent Mint, and other services like it, from accessing account information.
SHOW TRANSCRIPT

That's because several banks, Bank of America included, temporarily severed communication with the app — and others like it — over security concerns. But it might also be because the financial institutions are feeling a bit threatened. (Video via Bank of America)

The Wall Street Journal says Bank of America's move "reflects the rising tension between Wall Street and technology firms over these services, which are popular with consumers and a cause of concern for banks."

That's because these apps have become really popular and they offer additional services for managing finances. They even promote lending companies for things like loans or consolidation. (Video via Intuit)

Those are the same types of offers people might see from banks. So, you can see how the older financial institutions might feel like their toes are being stepped on.

The banks' security concerns with the aggregator apps might seem like a reasonable motive for restricting the flow of financial information. But The Journal says up to this point, no known data breaches have impacted Mint or other aggregators. (Video via Intuit)

Banks, on the other hand, have been hacked. It was just last year that J.P. Morgan revealed it was one of the victims of a massive hack that may have compromised the data of millions of personal and small business accounts. (Video via JPMorgan Chase & Co.)