If You Want To Undo Your Divorce, Don't Go To New Hampshire 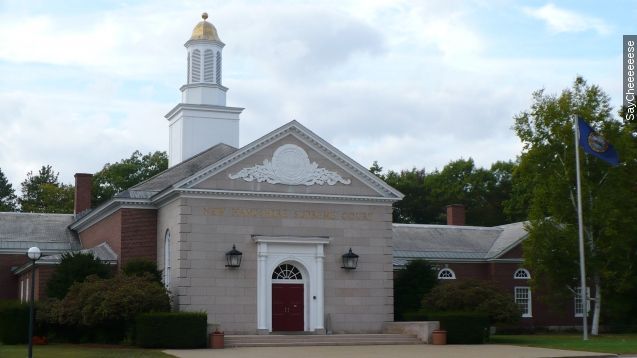 SMS
If You Want To Undo Your Divorce, Don't Go To New Hampshire
By Matt Picht
By Matt Picht
December 27, 2015
The state Supreme Court ruled New Hampshire's courts can't undo a divorce without a specific legal provision to authorize the reversal.
SHOW TRANSCRIPT

Getting divorced is a serious decision, but in some places, it's more permanent than others. A New Hampshire couple looking to get their divorce vacated lost their case after the state's Supreme Court ruled the courts didn't have that power.

The court was considering the case of Terrie Harman and Thomas McCarron, who filed for divorce in 2014 after 24 years of marriage but reportedly reconciled and tried to get their divorce annulled the following year. (Video via WBZ-TV)

But the Supreme Court says asking politely isn't good enough; the court's divorce powers have to be spelled out in law. The justices wrote, "In the absence of statutory authorization, there is no authority to vacate a decree of divorce."

New Hampshire does have provisions to undo a fraudulent or mistaken divorce, but nothing to account for reconciliation.

This video includes an image from SayCheeeeeese.