If You Use Wi-Fi, Thank The Actress In This Google Doodle 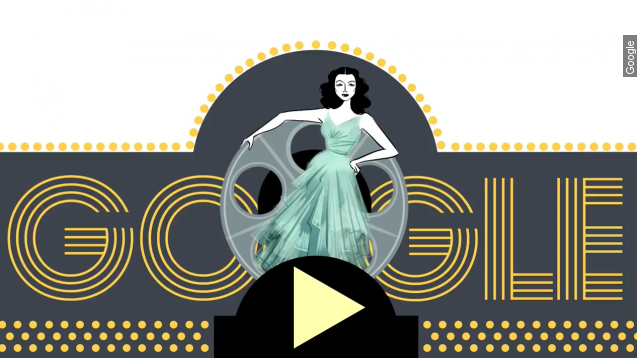 In case you're wondering who is being honored in today's Google Doodle, that's Hedy Lamarr.

Lamarr is an actress and inventor who would've turned 101 years old Monday. (Video via Metro-Goldwyn-Mayer / "Lady of the Tropics")

Her credits on-screen are noteworthy — she was the first actress to film an on-screen orgasm in a non-pornographic film. But it's her off-screen contributions that — well, everyone in the world can thank her for.

The Hollywood beauty decided to leave glitz and glamour behind during World War II to help create a secret communications system that would help guide torpedoes. It was a frequency-hopping system that used piano keys to mask messages from enemies. (Video via Google)

That system eventually led to the development of modern wireless communications — aka Wi-Fi, cellphones, GPS and Bluetooth.

Luckily, she was able to see some of the modern technology she helped invent. The actress was 85 years old when she died in 2000, the same year AT&T introduced texting to the U.S.