If You Have Online-Privacy Worries, CISA Is A Familiar Foe 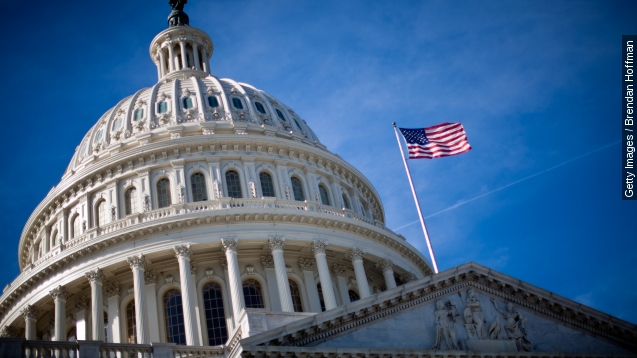 SMS
If You Have Online-Privacy Worries, CISA Is A Familiar Foe
By Evan Thomas
By Evan Thomas
October 22, 2015
The Cybersecurity Information Sharing Act is seeing the same widespread opposition in the tech industry that derailed CISPA and SOPA before it.
SHOW TRANSCRIPT

The Cybersecurity Information Sharing Act is expected to go to a Senate vote in a matter of days.

The bill promotes data sharing between businesses and government agencies in order to improve overall cybersecurity.

Participating companies would be exempt from collusion stipulations in antitrust law and would receive "liability protection" against certain lawsuits when they shared data. (Video via C-SPAN)

And critics are taking issue with the bill's vague language and soft privacy protections.

If that last bit sounds familiar, it's because CISPA — and SOPA before that — triggered the same reflexive concerns.

Sen. Ron Wyden worries without stronger privacy requirements: "Millions of Americans will say, 'That is not a cybersecurity bill. It is a surveillance bill.'"

Apple, Google, Twitter and 19 other tech companies are allied against the bill.

As are security researchers and IT professionals who warn that "waiving privacy rights will not make security sharing better."

"If the government can't stop Chinese hackers from obtaining the personal information of millions of federal employees, why are we handing them even more sensitive personal data on millions more innocent Americans?" FreedomWorks' narrator asks. (Video via FreedomWorks)

But CISA has White House support and is expected to garner some 70 votes in the Senate — enough to pass.

Senate Majority Leader Mitch McConnell is forcing action on the floor, where he hopes to move the bill out of debate and to a vote sometime in the next week. (Video via C-SPAN)