If The Patriot Act Expires, What's Plan B? 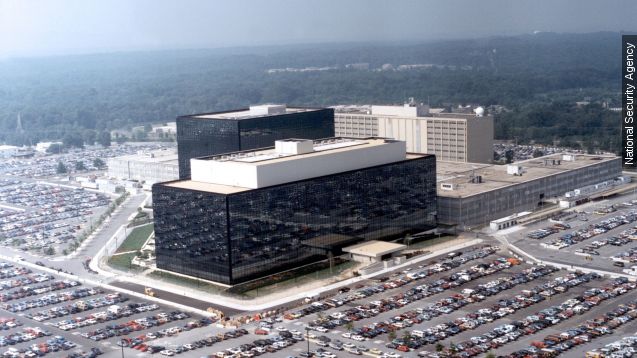 SMS
If The Patriot Act Expires, What's Plan B?

By Elizabeth Hagedorn
May 30, 2015
When the Senate returns to work Sunday, it will have eight hours to re-authorize, reform or let the Patriot Act expire before its midnight deadline.
SHOW TRANSCRIPT

“Terrorists like Al-Qaeda and ISIL aren’t suddenly going to stop plotting against us at midnight tomorrow,” President Obama said.

As for what will happen at midnight tomorrow, it’s anyone’s guess.

The Patriot Act, which has been U.S. law for over a decade, is set to expire on June 1 – leaving the Senate with eight hours on Sunday to either reauthorize it or reform it. Failure to do either, the White House argues, could seriously undermine national security.

“There is no Plan B," White House Press Secretary Josh Earnest said on Friday.

On Sunday, a vote is scheduled on the USA Freedom Act. The bill would extend several provisions of the Patriot Act but stop the NSA’s bulk collection of Americans’ phone records.

Phone companies would instead retain the data. The NSA would need, on a case-by-case basis, to obtain a court order for access.

The bill already passed the House with overwhelming bipartisan support but in the Senate, it fell just three votes of short of the 60 it needed to move forward. The Senate’s two Kentucky senators both voted no, though for different reasons. (Video via C-SPAN)

“I will not let the Patriot Act — the most unpatriotic of acts — go unchallenged,” Senator Rand Paul said.

On the other side of this debate is Majority Leader Mitch McConnell, who wants the NSA’s spying powers reauthorized without any amendments.

“We better be ready by next Sunday afternoon to prevent the country from being in danger from the total expiration of the program,” McConnell said.

Although Section 215 of the Patriot Act, which is what the NSA uses to justify phone metadata collection, has gotten most of the attention, there are other terror fighting tools also set to expire.

The "lone wolf" provision allows surveillance of suspects that aren’t directly tied to terrorist groups. The "roving wiretaps" provision is used to track suspects who switch their phones.

Absent a last-minute deal, all three of those provisions will expire. The Justice Department has reportedly already taken steps to temporarily wind down the NSA's phone dragnet.

This video includes images from Getty Images and the National Security Agency.