If It Feels Like Wildfires Are Getting Bigger, It's Because They Are 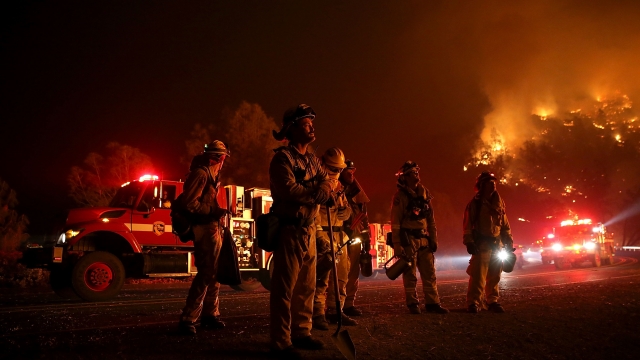 SMS
If It Feels Like Wildfires Are Getting Bigger, It's Because They Are
By Evan Thomas
By Evan Thomas
June 22, 2016
Our annual fascination with wildfires never seems to change. But the fires themselves are getting worse and worse.
SHOW TRANSCRIPT

Fire has mesmerized man since man was around to be mesmerized by it. That could help explain the storm of media coverage every wildfire season — these are people's lives and homes being destroyed, after all. But the anxious headlines all point to a recent new truth: Wildfires are getting worse.

Since 1995, wildfires have burned more than 126 million acres in the United States. That's a combined area larger than the size of California — and the fires are affecting more land on average.

This comes as the planet gets warmer. The associated droughts and fast-melting snow are expected to make wildfires bigger and more frequent.

Researchers worry we're looking at a feedback loop: Burning forests will release more carbon, increase the effects of climate change, and put the rest of the trees at even greater risk of wildfire damage.

Fire suppression costs for the U.S. Forest Service and Interior agencies have climbed along with the scope of the fires. In 2015, the Forest Service spent more than half its annual budget on fighting fires — the first time that's ever happened.

This video includes clips from CNN, ABC, CBS and KTLA and images from Getty Images, Co-Effect Creative / CC BY 3.0 and Jeff Bleitz / CC BY 3.0. Music provided courtesy of APM Music.