If Hurricane Joaquin Makes US Landfall, It May Get Expensive 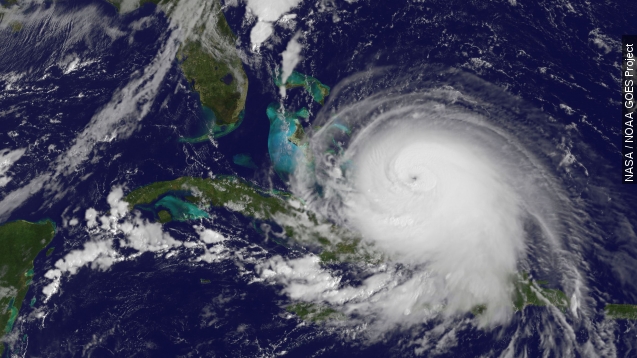 SMS
If Hurricane Joaquin Makes US Landfall, It May Get Expensive
By Evan Thomas
By Evan Thomas
October 1, 2015
If the hurricane hits the East Coast, torrential rains would add to an already saturated region and would likely have a costly economic impact.
SHOW TRANSCRIPT

Hurricane Joaquin is spinning up in the Atlantic. It's now a Category 4 storm with sustained winds at 130 mph.

The National Hurricane Center says if Joaquin turns north, it could make landfall on the East Coast of the U.S. — and it could get expensive. (Video via WBZ-TV)

The storm is already roiling the Bahamas and disrupting nearby cruise operations. Numerous carriers have diverted or will skip ports of call to stay out of Joaquin's way. (Video via NBC)

On the mainland, the NFL is considering postponing games. The upcoming Eagles-Redskins game could be moved to week eight — and defer some $300 million in revenue for FedEx field.

More ominous is the potential for flooding damage. Joaquin is being compared to Sandy, especially when it comes to the amount of rain the region could see. (Video via CNN)

One CNN meteorologist said: "There is so much tropical moisture, we will get 10 inches of rainfall in the Mid-Atlantic (in the next seven days) — and that's with a miss. If we get a hit ... that number may double."

According to the Department of Commerce, Sandy and its floods caused an estimated $41.9 billion in damage in New York and $29.5 billion in New Jersey. (Video via ABC)

But until Joaquin gets closer, the East Coast can't do much but wait and get ready — and deal with the heavy rain that's already falling on the region. (Video via The Weather Channel)