If Everyone's Spying On Everyone, Who Gets To Be Outraged? 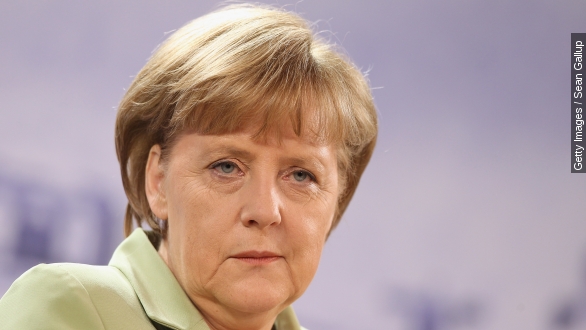 Remember back in 2013 when German Chancellor Angela Merkel and a lot of the German people got really angry at the U.S. for allegedly spying on the German government? (Video via RT)

"Spying on friends is not at all acceptable, on anyone, and that goes for every citizen in Germany," Merkel told reporters.

Well, in further proof that everybody is spying on everybody all the time, German media are reporting Germany's intelligence agency, the BND, helped the U.S. spy on France. (Video via WDR, ZDF)

While French President Francois Hollande, whose presidential palace was allegedly a target of surveillance, hasn't responded to the reports yet, don't be too surprised if he's outraged. (Video via RT)

That's kind of been the model from Brazil's President Dilma Rousseff, who called off a state visit after allegations emerged that the U.S. was spying on her government. (Video via Al Jazeera)

To Spain's government, which responded to similar reports by summoning the U.S. ambassador and warning of potential harm to Spanish-American diplomatic ties. (Video via NTDTV)

But a writer for Foreign Affairs says that very public outrage could be more about directing public opinion away from their own domestic intelligence agencies. "By blaming only the NSA for mass surveillance, the public and foreign leaders let other intelligence services off the hook."

The latest reports about Germany's collaboration with the NSA are a good example of another textbook behavior for officials when espionage allegations arise.

German's interior minister, who those reports allege covered up NSA surveillance as head of the chancellery, has denied knowing about any sort of malpractice in German intelligence. (Video via Phoenix)