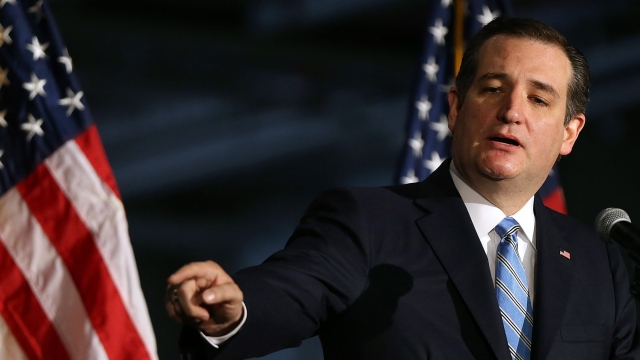 Ted Cruz has defined his campaign in opposition to Obamacare, abortion and amnesty for immigrants. Now, Cruz has another target: gluten-free food.

While making a stump speech in South Carolina Tuesday, the Texas senator railed against what he called a culture of political correctness in the U.S. military.

An MRE, or Meal, Ready-to-Eat, is prepackaged food that soldiers consume in the field. But those gluten-free ones that Cruz is so worried about aren’t really a problem.

Celiac disease, or any other gluten intolerance, is already enough to disqualify someone from military service, so there’s no need to make those particular MREs at all. Unfortunately, one soldier found that out the hard way.

In December, former U.S. Army Installation Management Command soldier of the year Kevin Mulloy was told he could no longer participate in an ROTC program when it was discovered that he has celiac disease.

Mulloy said he can manage the condition and is physically ready for service. He said he hopes the Army "will re-evaluate and make a different decision."

Celiac disease affects up to 1 percent of Americans and intolerance to wheat, which contains gluten, is one of the most common food allergies in America.

Cruz's stance on starches is a bit ironic since he was talking about the country's need to build up its military. By allowing gluten-free food, millions more Americans would be eligible to join the forces.

Correction: A previous version of this story said Mulloy’s celiac disease disqualified him from Army service; he was actually sidelined from an ROTC program. This video has been updated.

This video includes images from Getty Images, U.S. Army and U.S. Marine Corps and clips from KTRK and Ted Cruz.