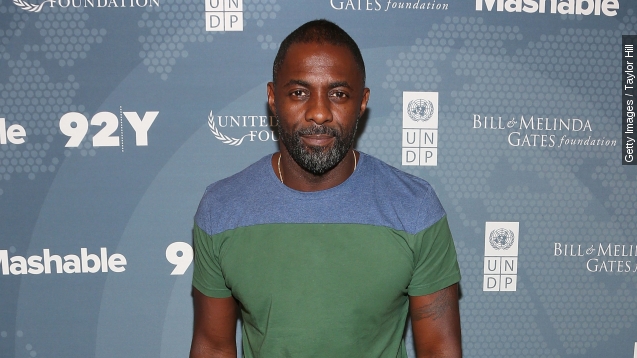 If you look at Idris Elba, what are the first few words that come to mind?

I know what words I think of: polished, talented and sexy. Those are three words you also might use to describe James Bond, right?

One would think. But the writer of "Trigger Mortis," the newest Bond book, says otherwise.

Anthony Horowitz told the Daily Mail he doesn't think Elba is suave enough to step into the iconic spy role.

Um, excuse me. What? Actually, to quote Horowitz, "I think he is probably a bit too 'street' for Bond."

And look, we already have a sneak peak of what he would look like behind the wheel thanks to this Jaguar ad. You can't tell me that's not suave.

Rumors that Sony wanted Elba as the next Bond started after the Sony email hacks.

According to The Daily Beast, one email from former Sony co-chairman Amy Pascal to an executive at Columbia Pictures (which distributes the films) point-blank said, "Idris should be the next [B]ond."

So don't worry, Idris. Your lack of suaveness is just Horowitz's opinion. Besides, he also said "Skyfall" is his least favorite film.

For the record, "Skyfall" earned $1.1 billion worldwide and has a 92 percent critics approval rating on Rotten Tomatoes. It's also the top-grossing Bond film of all time.

Plus, reactions on Twitter have been overwhelmingly supportive of the actor stepping into the iconic character’s shoes.

Horowitz later issued an apology on Twitter, acknowledging his "too street" description of Elba was largely inaccurate. He said, "In the article I expressed the opinion that to my mind Adrian Lester would be a better choice but I’m a writer not a casting director so what do I know?"

I think he got a message from the voice of M asking him to apologize.