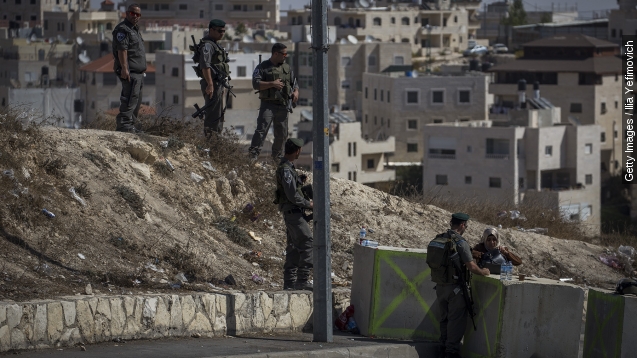 Israel Defense Forces says police have had to shoot multiple Palestinians following knife attacks on officers in the West Bank. The IDF says one civilian even pulled a gun and fired after an attack.

This news comes after the IDF said Palestinians set the holy site of Joseph's Tomb on fire.

Violence, particularly knife attacks, have made the tense region unstable recently. To date, seven Israelis and more than 30 Palestinians have died in the violence.

Palestinian news outlets have made a point of noting Israeli forces frequently shoot and kill Palestinians accused of attacking Israelis as opposed to detaining them.

Earlier this month, Amnesty International released a statement condemning attacks on civilians on both sides of the conflict and urged Israeli forces to hold Israelis who have attacked Palestinians accountable. (Video via Amnesty Inernational)

The U.S. has also called for an end to the violence. (Video via U.S. Department of State)

"We will continue to support Israel's right to defend its existence. It is critically important, though, that calm be restored as soon as possible," Secretary of State John Kerry said.

Kerry is expected to travel to the Middle East soon to ease some of the conflict.