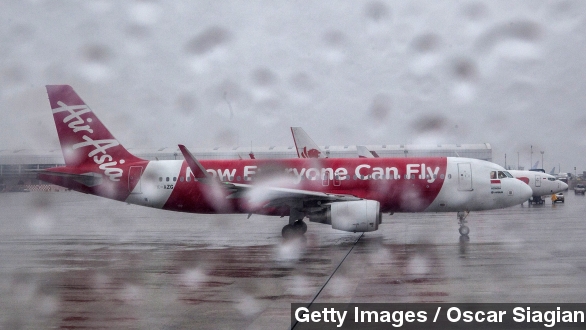 As the recovery continues for what's left of AirAsia Flight 8501, officials are now looking at what exactly went wrong moments before the plane went down.

A report from the Indonesian Agency for Meteorology, Climatology and Geophysics, also known as BMKG, says icy conditions likely damaged the plane's engines and caused it to crash.

The revelation is inline with previous speculation that weather was the driving factor. The pilot of the aircraft reportedly requested to change altitudes due to bad weather, but was denied permission due to heavy aircraft traffic in the area. (Video via NBC)

Though this is the first official word from an Indonesian government agency about what may have caused the crash, the BMKG says this is not a final determination and other factors may have played a part.

Officials are still hoping to find the flight's black box amongst the wreckage in the Java Sea. The black box contains the flight's cockpit voice recorder and a flight data recorder. If found, officials should be able to better determine what forced the plane to go down. (Video via BBC | CCTV)

While the recovery continues, the Indonesian Transportation Ministry announced flight QZ8501 was not licensed to fly from Surabaya, Indonesia to Singapore on Sunday. CNN reports it was licensed to fly the route four days a week, but not on Sunday when the plane crashed.

Indonesian newspaper The Jakarta Post also reports the pilots did not receive a weather report from the BMKG before takeoff as is standard procedure. The outlet says AirAsia officials obtained the weather report around 7 a.m. local time, about 45 minutes after they lost contact with the aircraft.

Officials have found five large objects believed to be from the plane and about 30 bodies so far. Recovery efforts were hindered again Sunday by bad weather.

162 people were on the flight when it went down. So far, no survivors have been found.