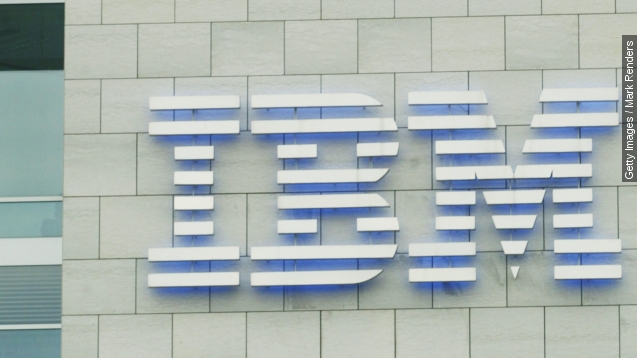 This is thanks mostly to a process that carves chips out of a silicon-germanium mixture instead of pure silicon. The alloy allows for faster communication with lower power requirements.

It also leans on Extreme Ultraviolet lithography, by which UV light etches the transistor pathways in a vacuum to get them as tiny as possible. (Video via ASML)

These faster, tinier chips are right in line with Moore’s Law, which half a century ago predicted the number of transistors in a given integrated circuit roughly doubles every two years. Each generation of chips takes up about half the area as the one before.

It all adds up to computer chips that will run faster than their plain old silicon counterparts, and take less space and power to do it. For mobile devices especially, that’s a bit of a holy grail. (Video via Microsoft)

IBM’s done the hard work and created a functioning proof of concept. But it hasn’t operated any chip plants of its own since it sold them off last year. It will be up to its licensees to sort out commercial viability.

So you should expect consumer tech to take some time to catch up to advances in the lab. Top-end retail processors due later this year from the likes of Intel still use 14nm lithography. (Video via Intel)

And since it’s so far off from the consumer market, IBM doesn’t have any estimations of what the new tech will cost.

But one rep told Ars Technica, “Given the performance improvements and power efficiencies achieved with 7nm chips, it is expected that the performance-per-cost trade-offs make it a viable technology.”

Worth the money, in other words.