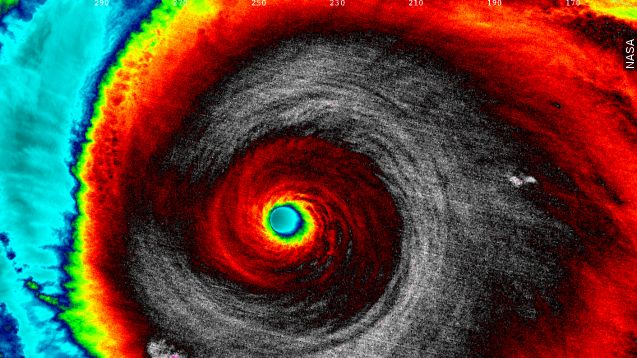 For being one of the strongest hurricanes ever recorded, Hurricane Patricia's impact on Mexico could have been much worse.

Hurricane Patricia hit Mexico late Friday, causing extensive damage throughout the west coast. As of Saturday, no deaths or injuries were reported and the hurricane's strength had tapered off quickly. (Video via Al Jazeera)

Still, the Category 5 hurricane was no joke with heavy winds and rain, flash flooding and mudslides reported from the coastline. Winds were around 165 mph when it made landfall, a considerable downgrade from the recorded 200 mph winds hours earlier. (Video via MSNBC)

"Many of them were actually sent out to other places like Guadalajara or other major cities. ... Those that could not were sheltered in place at these hotels," CNN reports.

Even though it wasn't a "catastrophic" hit, Mexico's president Enrique Peña Nieto urged caution for people around the country.

Peña Nieto said in a statement, "The first reports confirm that the damages have been smaller than those corresponding to a hurricane of this magnitude ... However, it's important for the population to remain in shelters. We can't let our guard down yet."

Patricia has since been downgraded to a tropical storm. The system is moving toward the U.S. where strong storms are expected.