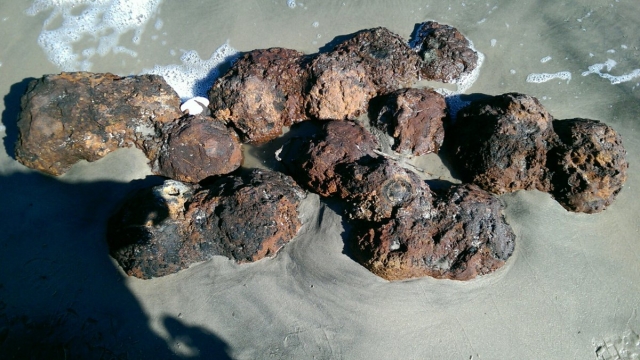 And thanks to Hurricane Matthew, they were uncovered on a beach in South Carolina over the weekend.

According to local station WCSC, the former mayor of Folly Beach discovered the unexploded cannonballs during a walk on the beach.

"It didn't surprise me really, but it delighted me," Richard Beck said.

Charleston County officials said the cannonballs didn't pose an immediate threat to the beach or the surrounding town.

But, just to be safe, local law enforcement and the U.S. Air Force detonated them on the beach.

Much like the rest of coastal South Carolina, Folly Beach is still recovering from Hurricane Matthew's wrath.

The storm downed trees and caused major flooding throughout the state. At least 19 people in the U.S were killed.