Hurricane Ignacio Nears Hawaii, But Its Course Is Unknown 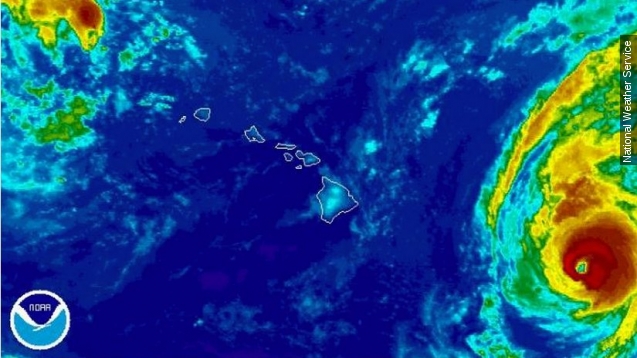 Ignacio is now a Category 4 hurricane, the second-highest level, as it heads toward Hawaii.

According to the National Weather Service, the hurricane's winds have reached 140 mph.

The service said, "Expect ocean water surging and sweeping across beaches, coastal benches, and lava flows creating the potential for impacts to coastal properties and infrastructure."

While it's predicted to pass north of the islands, experts are not certain what path the storm will take.

If the storm shifts to the east, light winds and some localized heavy rain are likely. But if it shifts to the west, heavy flooding is possible.

According to the Star Advertiser, officials fear a busy hurricane season has residents fatigued. Those not monitoring the storm may find themselves in danger.