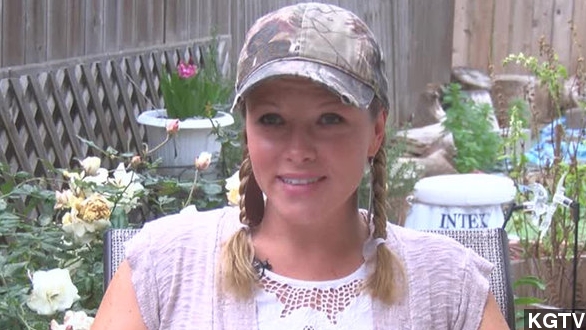 A defiant Jen Cordaro has gotten a lot of local media attention these days.

See, Cordaro — who goes by "The Archer" on her Facebook page — is a hunting and angling enthusiast. But animal rights activists aren't fans of her #BringAKidCampaign — which teaches kids how to hunt.

"Tramp if I get [my] hands on [you] … be aware girl you don't [know] what's around the corner," one commenter wrote.

Angry comments like that — plus this Change.org petition — call Cordaro a murderer and demand she stop her hunting activism.

We took a look through her Facebook page, though, and in truth there are far more comments in support of her work than against, though that could be a product of the recent media attention.

"Being the eaters, I think it's important to be responsible meat eaters. Hunting is, in my opinion, the most responsible way for me to go and acquire meat," Cordaro told XETV.

The interesting thing is Cordaro used to be a vegetarian, but she says the local, sustainable food movement got her interested in harvesting her own meat. She says despite the backlash, she's going to keep on keepin' on.