Hunters Kill Over 200 Florida Black Bears In A Day 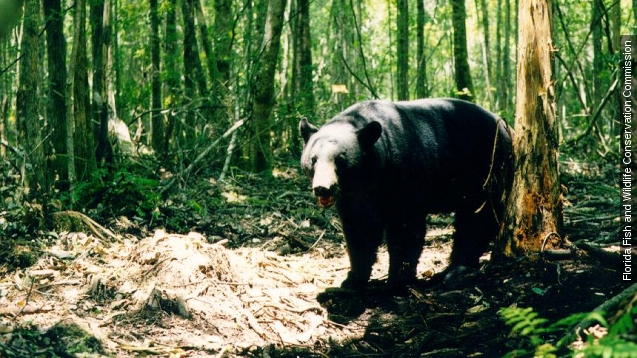 Florida wants hunters to kill 320 black bears by the end of October. And on the first day of the season, hunters took more than 200. (Video via Florida Fish and Wildlife Conservation Commission)

"Shooting hours for bear are the same as for deer and for other game animals: a half hour before sunrise to a half hour after sunset," a representative from the Florida Fish and Wildlife Conservation Commission said.

The Florida Fish and Wildlife Conservation Commission is reinstating the bear hunting season to stabilize recent growth in the black bear population. But activists say the hunt was rushed, given the Florida black bear's removal from the threatened species list just three years ago. (Video via WFTS)

The state's Humane Society director made a similar point in a statement released a few days before the hunt opened on Saturday.

She said: "This hunt is completely unnecessary and it’s not supported by science or by public sentiment. Research overwhelmingly shows that hunting bears in the woods doesn't reduce problems with bears in neighborhoods."

But the commission says the bear hunt is just one way it manages bears and touts the growth of the Florida black bear population as "one of Florida's biggest conservation success stories." (Video via Florida Fish and Wildlife Conservation Commission)

The commission will keep hunting open until Friday — if the hunting goal isn't met sooner.