You Can Soon Get Gonzo With Hunter S. Thompson-Brand Marijuana 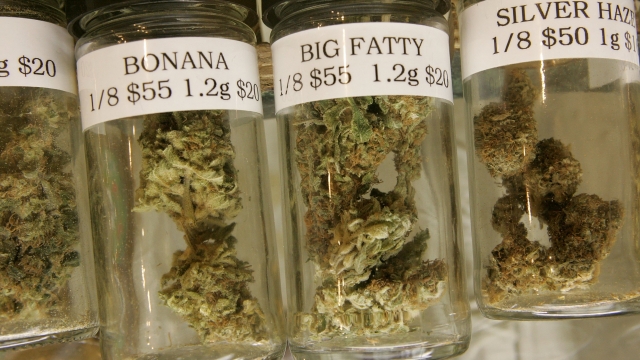 If you've ever wanted to get high and travel around the desert like Hunter S. Thompson, you could get your chance very soon.

Thompson's widow, Anita, announced she's starting a weed business that will grow strains descended from ones the iconic writer used to enjoy at his Colorado compound.

SEE MORE: Soon You Can Smoke Weed At Denver Bars And Restaurants

The line of different marijuana products will be called Gonzo after Thompson's brazen, first-person style of journalism that made him into a legendary figure. How many people can say they've been portrayed by both Johnny Depp and Bill Murray?

Thompson's name is still synonymous with pot — not to mention lots of other drugs. He once said: "I have always loved marijuana. ... And I still think of it as a basic staple of life, along with beer and ice and grapefruits — and millions of Americans agree with me."

But despite receiving a lot of offers, Anita Thompson was initially hesitant to start the business, saying she wanted his legacy to be more about his writing than his drug use.

Pot is a booming business and lots of other celebrities are cashing in. It's not surprising people like Tommy Chong and Snoop Dogg can get high on their own supply, but even "Real Housewife" Bethenny Frankel made a Skinnygirl-brand bud that's designed to not give you the munchies.

Anita Thompson said she's going to use the proceeds to revamp his Owl Farm property and turn it into a writer's retreat and museum to honor Thompson's work.