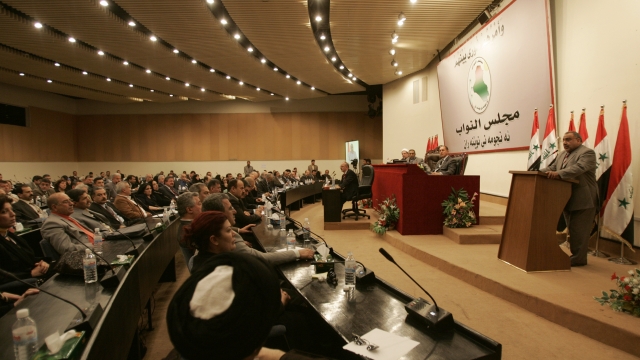 Protests in favor of political reforms have happened for months, but they reached a boiling point Saturday when not enough lawmakers showed up to form a quorum.

The protests have been spurred by Sadr who wants Iraq's political quota system — a system which divides power between Kurds, Sunnis and Shiites — to be replaced with one that elects nonpartisan politicians.

And that's exactly what Iraq's Prime Minister Haider al-Abadi was expected to introduce Saturday until not enough members of Parliament showed up to vote for the reforms.

In a recent speech, Sadr warned, "The government has two choices: Either reform or we will destroy it."

While Sadr is the main figure in Iraq in support of the prime minister's reforms to fight corruption, he stressed the protests would remain peaceful.

The Green Zone also houses other important government buildings, including the U.S. Embassy. An embassy official told The Washington Post they weren't being evacuated.

This video includes clips from BBC, Rudaw and Al Sharqiya and images from Getty Images.