Humans Evolved To Get Less, But Better Quality, Sleep 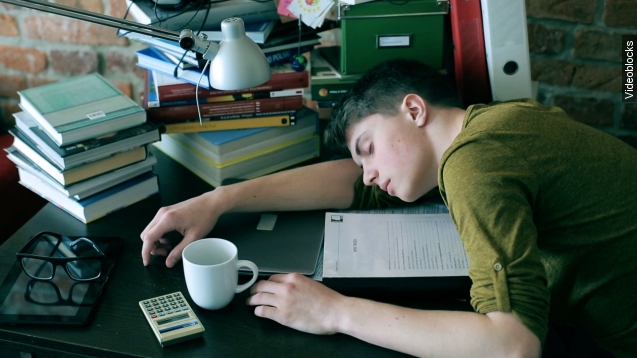 SMS
Humans Evolved To Get Less, But Better Quality, Sleep
By Ryan Biek
By Ryan Biek
December 15, 2015
A Duke University study hypothesizes it was early human ancestors' change from sleeping in trees to on the ground that lets us sleep less today.
SHOW TRANSCRIPT

If you're already on your third cup of coffee you might not believe this, but humans evolved to get less and better sleep than our ancestors.

Duke University researchers analyzed a database of sleep patterns for hundreds of mammal species, with an emphasis on 21 primate species.

And using statistical techniques, they were able to rank how far removed from humans each primate species was.

They found humans get significantly less sleep than most other primates –– seven hours, on average, versus as many as 17 for gray mouse lemurs.

But humans also get a greater proportion of REM sleep, the stage associated with dreaming, boosts in creative thinking and the consolidation of memories.

Is the lack of sleep due to artificial lights? Studies have already shown TV and computer screens stop the production of melatonin, making it harder to fall asleep.

Yet the Duke researchers reported a separate study found people in three different hunter-gatherer societies without electricity sleep a bit less than people with electricity.

Instead, the researchers hypothesize the reason for our shorter, deeper slumber is early human ancestors' shift from sleeping in trees to on the ground.

While sleeping by fires and in large groups protected us from predators, humans also would have avoided dangers like falling from great heights.

And this would have allowed them to survive the vulnerability that comes with deeper, and more efficient, stages of sleep. Eventually, those suited for the different sleep pattern passed on more of their genes.

The study was published in the journal Evolutionary Anthropology.