Humans Aren't The Only Ones Using iPads 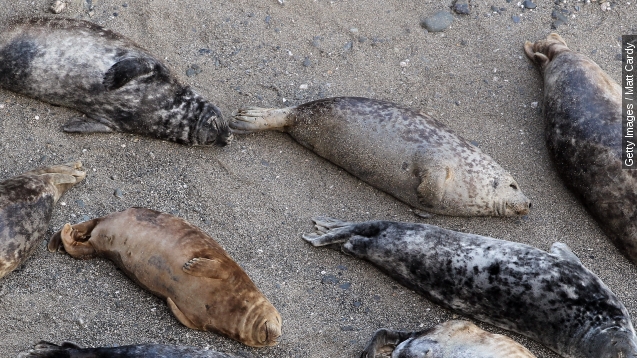 SMS
Humans Aren't The Only Ones Using iPads
By Samantha Crook
By Samantha Crook
October 24, 2015
Sea Life workers in England recently helped a long-distance seal couple have a FaceTime date, but they’re not the first captive animals to use iPads.
SHOW TRANSCRIPT

Earlier this week, a seal FaceTimed the father of her seal pups for what Weymouth Sea Life is calling their first ever "seal-time."

Sija the seal was separated from a male seal named Babyface after multiple unplanned pregnancies. (Video via Cornish Seal Sanctuary)

"She settled in really well with all the girls in the pool here, but we thought it'd be nice to let Sija and Babyface catch up with each other, as they've been apart all summer," a Weymouth Sea Life representative said.

The U.K.'s Weymouth Sea Life said this was the first time they'd done anything like this. But it's actually not the first time iPads have been used by captive animals.

The conservation group Orangutan Outreach has a program called Apps for Apes to keep the animals from getting "bored and depressed." And they're collecting more camera-equipped iPads so orangutans can communicate with each other between zoos. (Video via App Central)

The director of the organization told the Los Angeles Times: "Seeing the animals with the iPad has had an effect on the zoo visitors. They have this recognition that these are amazing, cognitive, curious creatures, which gets back to our message: that these are animals that need to be saved." (Video via Orangutan Outreach)

And in 2010, a dolphin used an iPad for the first time, according to the research organization SpeakDolphin.

Tablets are just one way the researchers hope to advance communication between dolphins and humans.