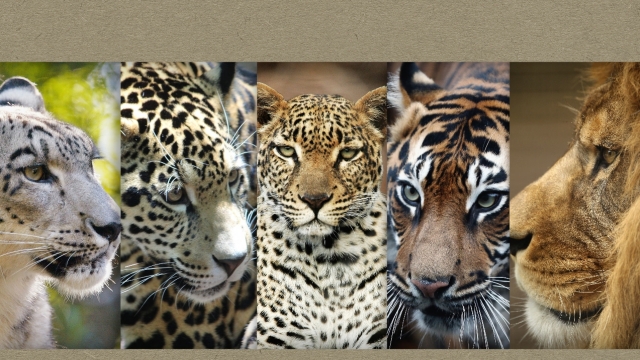 SMS
Humanity's Worst Trick: Making Big Cats Disappear
By Evan Thomas
By Evan Thomas
May 24, 2016
Conservation groups say big cat populations are shrinking across the board and that human factors play a role in those declines.
SHOW TRANSCRIPT

"Big cat" is not a formal scientific term, but a generally accepted label for eight members of the family Felidae. Five are from genus Panthera, and the three others are cougars, cheetahs and clouded leopards.

It's hard to get accurate counts for certain cats thanks to their secretive nature and remote habitats, but conservationists say populations across the board are decreasing.

The big problem, in a word, is us. Wild cats might be the apex predators in their natural environments, but we humans are pushing them back, out-competing them for prey and, in some cases, killing them directly.

Half of the cats on the list suffer significant habitat loss from human interaction, including deforestation and expansion into their territory.

Some compete with us for prey animals or resort to hunting livestock when their traditional food sources decrease. Farmers and herders can retaliate and kill big cats when their bottom line is at stake.

Others are poached for their pelts and teeth. Tiger numbers especially have been reduced to near-critical levels thanks to the illegal animal trade. In the past two decades, half of those remaining in the wild have disappeared.

And researchers worry fewer tigers might make poachers and smugglers turn their attention to clouded leopards. The littlest of the big cats is prized for its teeth — the largest canines proportional to its body of any feline.

And then there's plain old mythology — perpetuating fears that some cats are more dangerous to humans than they really are, still drives the killings. While the cougar enjoys some protection across almost all of its range, it's widely considered a nuisance animal and is still hunted in the U.S.

Human impact on the climate also affects the cat populations when it's not shifting their ranges directly. In one case study, researchers found sharp environmental swings, like droughts, can upset the balance between lions and naturally occurring pathogens, leading to more deaths.

Conservation groups work to protect not only the cats but also the territory and prey they need to thrive.

For cheetahs already threatened by dwindling genetic diversity, activists are working to secure land and safe passage in an increasingly human-dominated environment. Most recorded cheetah deaths at the hands of humans are from high-speed collisions on roads.

This protection can also extend to lower-risk populations. South Africa banned leopard hunting this year not explicitly to preserve numbers but to let conservationists to do more accurate research.

This analysis doesn't account for any of the big cats in captivity across the world; that's another story. But conservationists agree: Saving the big cats means preserving them in their existing habitat — even as it's increasingly shared with humans.